Types Of Birds Considered As Pests And Why 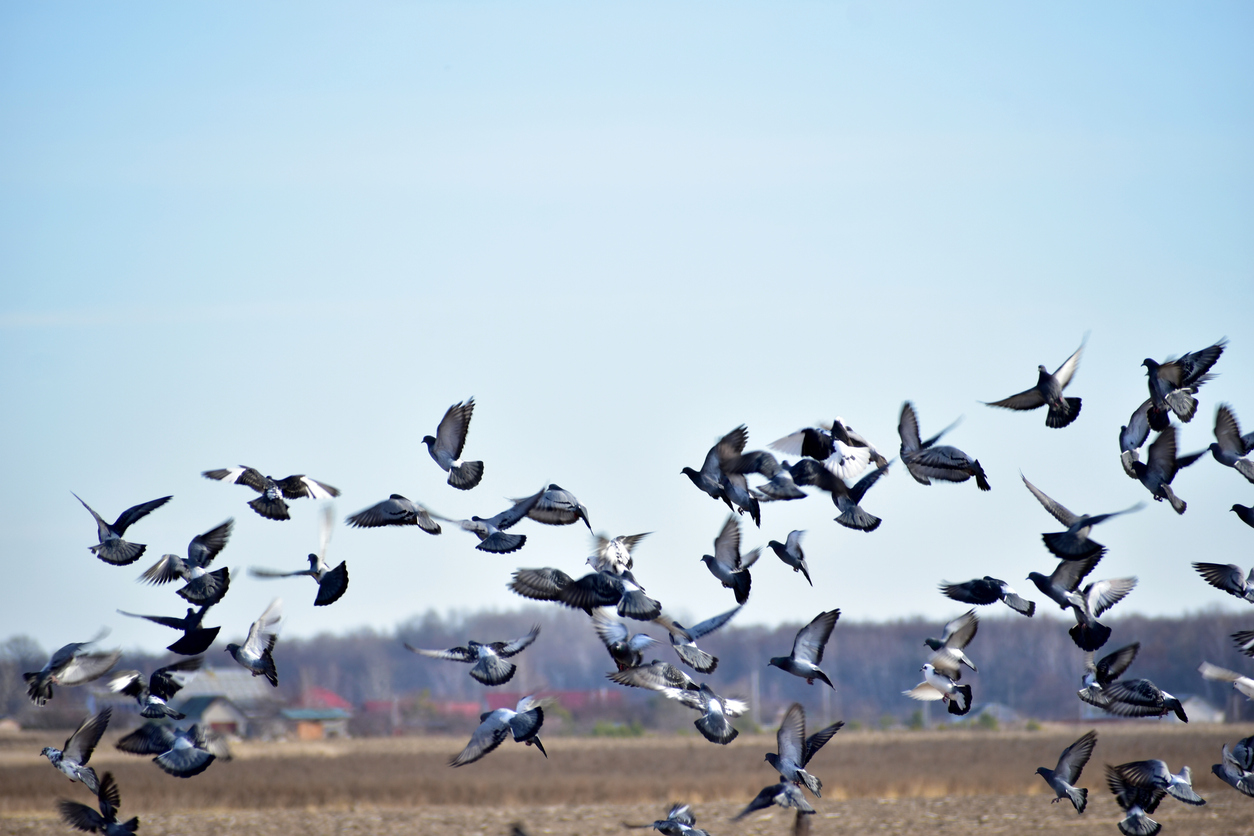 Birds are a beautiful part of our natural environment. They make our surroundings lively with their chirps and bird games. However, some bird species can be pesky, especially if they find cosy lodgings around your property.

When you think of pests infesting your home, your first thought may not be birds, but it's something you have to give a lot of thought to. While we can't necessarily put birds in the same category as more obvious pests, some can still cause significant property damage, especially in higher numbers. This automatically makes them pests. Birds present several other problems to our lives, such as noise pollution, flocking, nesting, and crop damage. Below, we’ve compiled a list of the most common bird pests and the reasons why they are classified as such.

Pigeons are easily recognizable by their red feet, grey and black plumage, and black bands across their wings and tails. They are usually about a foot long and prefer to eat grain, but will often eat human food.

They are the most invasive and strenuous bird group to deal with. In the UK, there are around 18 million feral pigeons. Pigeons can breed up to six times a year. With all these pigeons littering the UK, their excrement has caused millions of pounds worth of damage to buildings and vehicles.

They usually make nests above ground and take up residence anywhere they can find space, whether it's in steeples, roof voids, or small openings in attics. These birds are dangerous in that they often carry other pests such as fleas, ticks, and mites along with them. Additionally, their droppings are also very toxic and can even cause Parrot Fever.

Sparrows are birds that cause problems commonly in urban areas. They are about six inches long with black and brown stripes. They are opportunistic birds that are not bothered by noisy and overcrowded places and will nest anywhere they can find a secure little spot.

Sparrows mainly feed on seeds and grain, but they will also damage or consume flowers, seedlings, fruits, and vegetables in the garden. They cause problems for manufacturing and food processing plants because they can create nests around these areas and steal food. They also contaminate the food, and this raises hygiene issues. Their droppings contain acids harmful to structural materials and car paint, and their nests are fire hazards and invite the presence of other pests. They are also very loud and aggressive, thus disrupting peace and order when they nest in quiet areas.

Starlings are dark in colour, with faint speckles on their feathers. They are classified as urban pests in the same way as pigeons. A single starling won't be problematic, but when they are flocking they can easily overwhelm trees, buildings, and even large commercial areas.

Starlings eat seeds and small invertebrates, such as larval insects, but they also eat out of trash bins and consume spilt or discarded human food in public places. In the garden, they eat fruit from trees, making them harmful to agriculture. As with other pest birds, starlings' droppings can erode structures, and when roosting in flocks, they can cause significant damage. The droppings can also contaminate soil and transmit diseases such as histoplasmosis. These birds are also known for their loud noisemaking and tendency to travel in flocks.

Seagulls dominate coastlines and are not afraid of humans. They have no problem stealing food out of people’s hands and even attacking them to retrieve food. Seagull droppings also deface exterior properties and can cause lasting damage if they’re not controlled. Their notorious squawking is also a nuisance and becomes worse when they’re raising and protecting their young ones.

Seagulls are quite dangerous hygienically as they can pick up harmful bacteria, leading to some nasty and potentially dangerous infections like salmonella and listeria. Also, thousands of mites live in their empty nests, and these can be passed on and lead to infections and severe skin irritation. Seagulls also cause massive problems for commercial seaside businesses, as they drive away customers because of their aggressive nature and food scavenging.

Magpies are part of the crow family and among the most intelligent and beautiful birds, but that doesn't mean they can't be harmful. Magpies have a complex social system in which they form non-territorial or territorial groups. They are known for their aggressive and arrogant natures. They defend their territory by singing, aggressive posturing and fighting. This aggressive territorial behaviour makes them a pest bird to be aware of.

They often bully other birds by stealing and eating their eggs. Their unpleasant squawks can also disrupt an otherwise peaceful environment. Magpies can live anywhere. They prefer open pasture areas with nearby tall trees for roosting and nesting but are also are common around farmland, bush edges, and in urban areas including schools, parks and airports. Their favourite food is roadkill, though they also forage for foods such as insects, scraps, seed mixes, and fruit. They are not fussy eaters and will have a go at almost anything.

Crows are among the most intelligent of all birds. They are big and strong, and while they may be seen flocking, they are solitary birds. They are highly adaptable in what they eat and where they live. They are opportunists in urban areas, feeding on most items, including virtually anything humans eat and all the food scraps people discard. Some of their natural foods include insects, berries, nuts, and a wide range of animals, both alive and dead. They are valuable garbage collectors as they consume road-killed animals and other types of carrion.

Crows aren’t known for damaging property, but they can disrupt residents in large numbers. They are also notorious for being loud. Their intelligence allows them to have an uncanny memory for human faces and even hold grudges. Like most birds, they're protected under law, meaning there are strict rules about how to control them.

Birds can be disruptive pests most of the time, causing property damage worth millions. However, you must be careful when you are controlling bird infestations. Every wild bird and its eggs in the UK are rightfully protected by law under the Wildlife and Countryside Act 1981, so killing them would be a punishable offence. At Apex Bird Control, we are always ready to help you get rid of birds taking up residence in or near your home professionally and effectively. Contact us if you see any signs of bird infestation.

Your browser is out-of-date!

Update your browser to view this website correctly. Update my browser now